Game of Thrones is one of my favorite TV shows, so I’ve been looking forward to season 5 for a very long time. I couldn’t wait to see what would happen with my favorite characters so I read all the books, A Song of Ice and Fire, in the meantime. The show is great but the books are even better, so you should definitely read them if you love the show and you aren’t afraid of thick books.

I have made some Game of Thrones inspired transmogs. It was hard to find armor pieces that looked like what the characters wear in the show so they will never look exactly alike, but these transmog sets are inspired by the different characters. I wanted to make transmogs that are usable which means that the whole set is made of one armor type, cloth, leather, plate or mail. I’ve also found pieces for all slots that will be visible. You can just hide your cloak and head. Legs and bracers won’t be visible in all sets.

Queen, Khaleesi and Mother of Dragons are some of her titles. She usually wears beautiful dresses like this blue dress she wears in Astapor.

She wore a Dothraki outfit in parts of season 1.

Arya is described as headstrong, independent and dislikes traditional women’s pursuits so she’s often mistaken for a boy and that came in useful because she had to pretend to be an orphan boy for several seasons.

She’s finally getting some new and better looking clothes in season 5. I couldn’t find a skirt that looked like the one she’s got, so I went with pants instead.

Queen and Queen Regent for Joffrey and Tommen. She usually wears dresses and once she wore this dress which have the Lannister colors crimson and gold.

The Red Woman, priestess of the Lord of Light and advisor to Stannis Baratheon. She has long red hair and wears red clothes.

Bastard son of Eddard Stark and man of the Night’s Watch who always wear black clothes, leather and furs.

From Sunspear in Dorne. House Martell’s colors are red, yellow and orange. 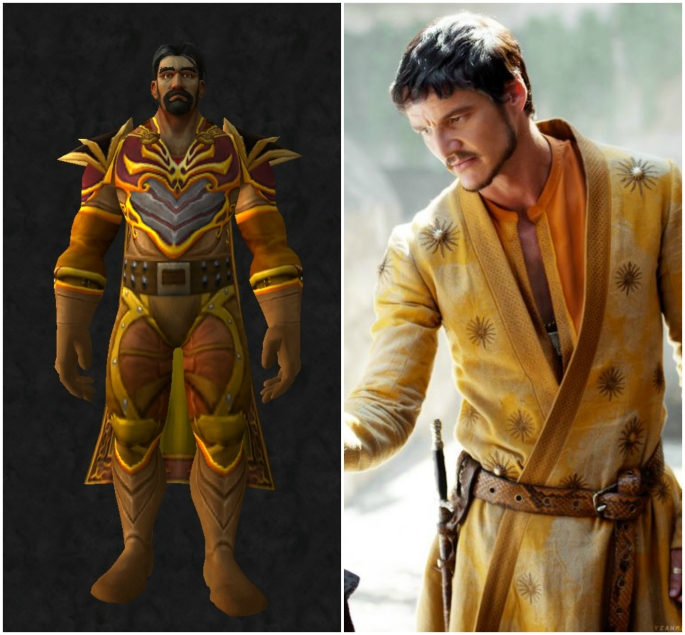 A dwarf, sometimes mockingly called the Imp and the Halfman. 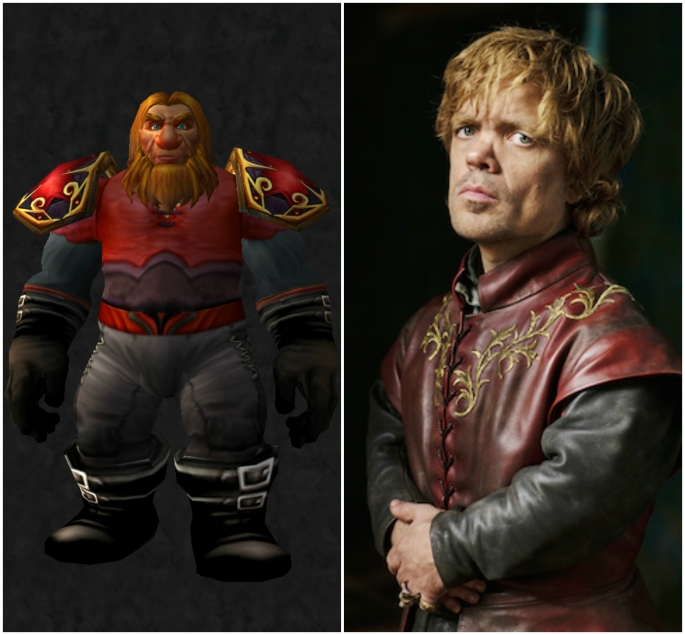 A knight of the Kingsguard and a Lannister. The Kingsguard armor is white and silver, but Jaime also wears his family colors and armor which is gold. 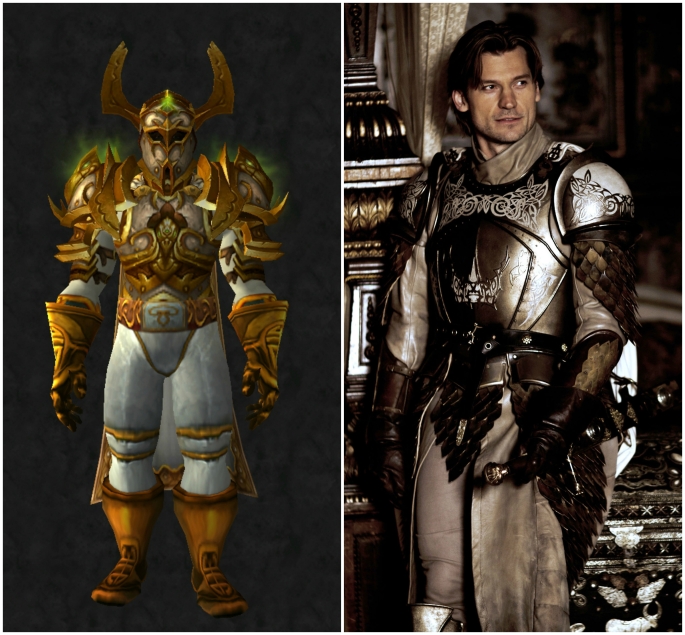 13 thoughts on “Game of Thrones transmogs”