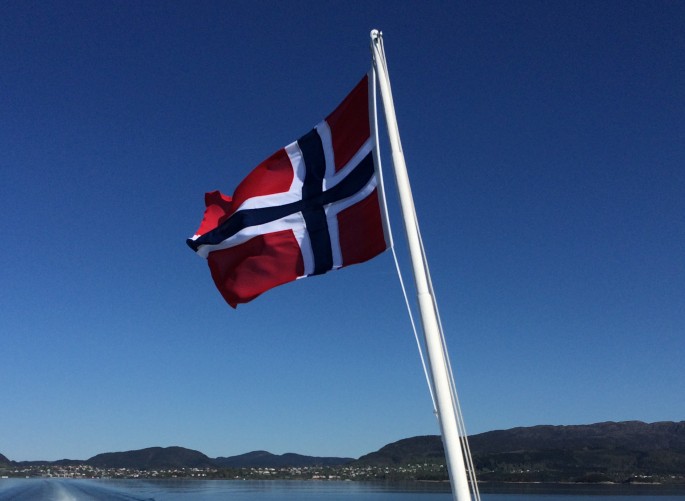 17th of May is Norway’s National Day and an official national holiday. We call it Søttende mai which means Seventeenth May. 201 years ago the constitution was created at Eidsvoll and Norway became an independent kingdom after a 434 years union with Denmark. We Norwegians are proud to be independent and celebrate it with parades, flags, music, food and festivities.

I celebrated the day in Bergen with my boyfriend and his mother and stepfather who visited from Sweden. It was their first National Day celebration here in Norway and I think they enjoyed it. The city was so beautifully decorated with flags, flowers in the colors of the flag and everyone wore their best clothes like bunads or suit and dresses even though it rained quite a bit during the parade. We watched the parades, skydivers over the city, listened to the speeches and sang the National Anthem. Then we ate sushi for dinner and went to Starbucks for a coffee and dessert. Walked around in the city and looked at all the people and everything there was to see on this special day. Later in the evening there was a concert on Bryggen with great artists, all with a connection to Bergen, Sissel Kyrkjebø, Sondre Lerche, Charlie Siem, Bjarte Hjelmeland and Ylvis. Then the big new cruise ship Viking Star was christened and there were fireworks. 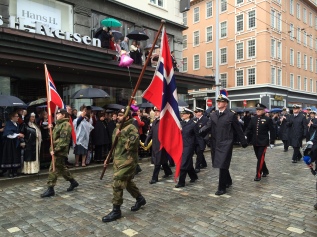 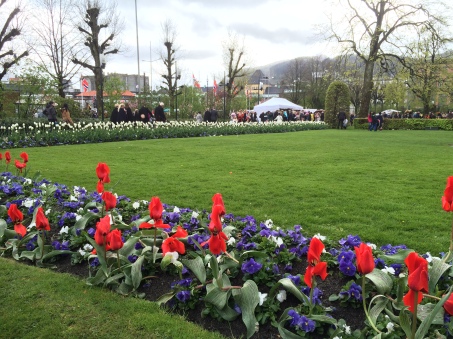 Flowers in the park 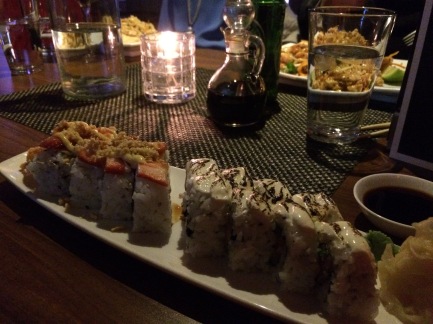 Ylvis and The Fox live 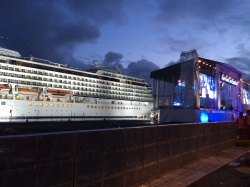