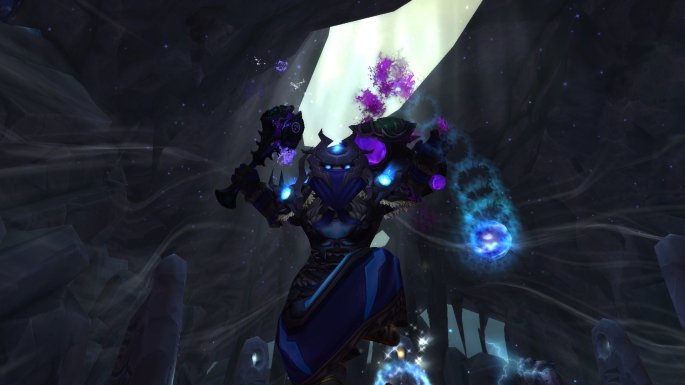 I have been leveling my shaman for a while now, a few levels every now and then when I had time. The plan was to level through dungeons as restoration so I picked Sharas’dal, Scepter of Tides as my first artifact weapon. But I wanted to be able to solo quests as well so I picked the elemental weapon, The Fist of Ra-den, as my second artifact weapon because I used to have elemental as my off spec in previous expansions. I never really liked elemental, it was just a spec I had to have to be able to solo. Things haven’t changed, I still don’t like it.. So I went and got my third artifact weapon, the Doomhammer, and enhancement turned out to be incredible fun! I’ve never really played enhancement before because my main spec was restoration and all my gear had intellect on it, so it was simpler to have elemental as off spec. But it’s so much easier now when the gear got both intellect and agility!

My BF leveled with me, first on his priest and then restoration druid. We did both quests and dungeons. I played enhancement more than I played restoration because he wanted to heal in dungeons. Now on 110 my plan is to have restoration as my main spec, but I might try out enhancement in PvP because it looks like a lot of fun.

A funny story… I hit 110 and thought I might try to do some world quest for gear upgrades, because my gear was terrible and I wanted to increase my item level to be able to queue heroic dungeons and looking for raid. So I did some quests that rewarded gear and noticed I had completed 3/4 Warden quests and went to complete the fourth one. Then I went to Warden’s Redoubt to complete the quest for doing four world quest and get the box and artifact power. So, I just completed my first four world quests and got my first box.

Can you guess what was in it?

LEGENDARY!!! My first legendary in Legion, on my shaman, my alt, that had been level 110 for only a couple of hours… My druid still doesn’t have a legendary which I think is a bit strange because I have done so many world quests and quite a few dungeons. It seems like almost everyone else, at least in my guild, have gotten their legendary, many even got two.. Well, some of them have played much more than me and they raid every week which I don’t. But still, I hope it will be my druid’s turn to get a legendary soon.

How many characters have you leveled to 110? Do you have a legendary? 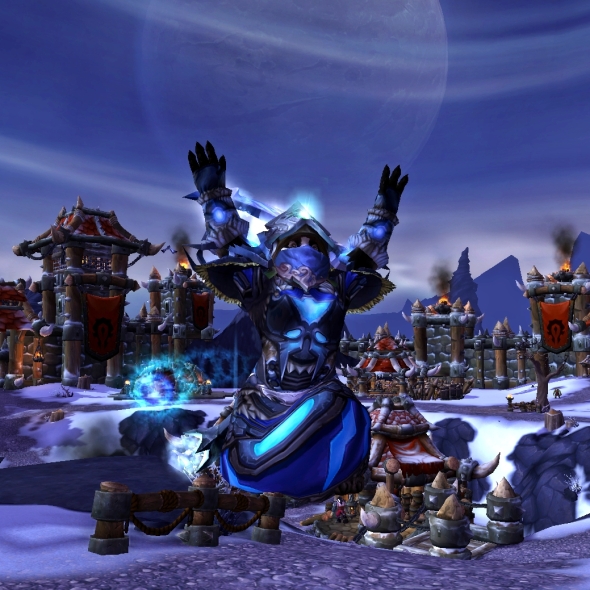 My shaman, Tojo, is now level 100! I leveled as enhancement while questing and restoration in dungeons. I prefer restoration as it has been my main spec for years so it will continue to be my main spec. My boyfriend leveled his death knight with me and he has decided to be a tank, so we’re planning to get some gear through heroic dungeons so we can get into looking for raid soon. I’m a bit nervous about healing heroic dungeons because I’ve seen how much trouble some other healers have had there when I’ve done heroics on my druid, but hopefully it’s not as difficult as it looked then. My gear isn’t very good yet, I’m still using some old level 95 gear pieces but I’ll swap them out as soon as I get something better. I bought the Darkmoon/Inscription trinket Winged Hourglass to boost my item level a little.

Have you leveled up any of your alts yet?