I hope everyone’s had a great first week (and a half?) in Battle For Azeroth! This week’s blog challenge by Z and Cinder is How do you level in Battle for Azeroth?

My tradition has always been to stay up all night on expansion release and play till I get too tired to stay awake. Grown up life doesn’t always care about my traditions, so this year was different but I still made it work. I didn’t have any plans on the 14th, but I had my first day of college on the 15th and had to get up early.

So my plan was to sleep for as long as I could and then pull an all nighter on the 14th and get up early the 15th. Sounds like a perfect plan, right? Play all night and day on release. Well, yes, but pulling an all nighter is so much harder to do now as a 28-year-old than what it was 10 years ago. And I don’t think I’ve ever stayed up for this long on expansion day before and leveled to max in one go (with small breaks). I think I was awake for 30 hours and it took me around 15 hours to level from 110 to 120. 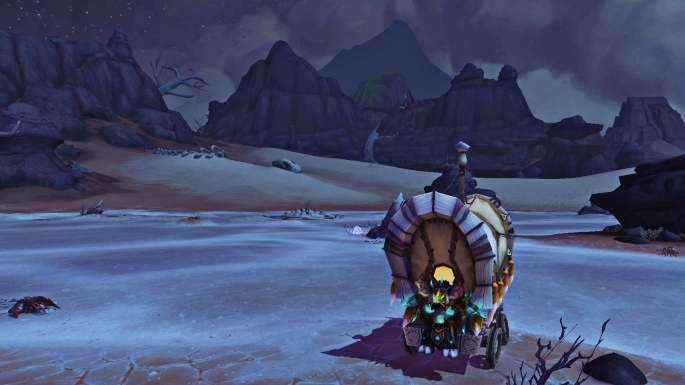 I play Horde and had already leveled through the zones on the beta and knew the stories and the quests, so my plan was to rush through everything pretty fast. I started off in Vol’dun and continued to Nazmir and then Zuldazar, but I also did the war campaign foothold quests in Kul Tiras when I could. Dungeon queues were very long, so I only did one.

I enjoyed all the zones, but I think my favorite is Zuldazar because the zone is green and beautiful, has many interesting stories besides the main storyline and the quests are different and fun. But the screenshot is actually from Nazmir where you can be a frog and lick people to death. 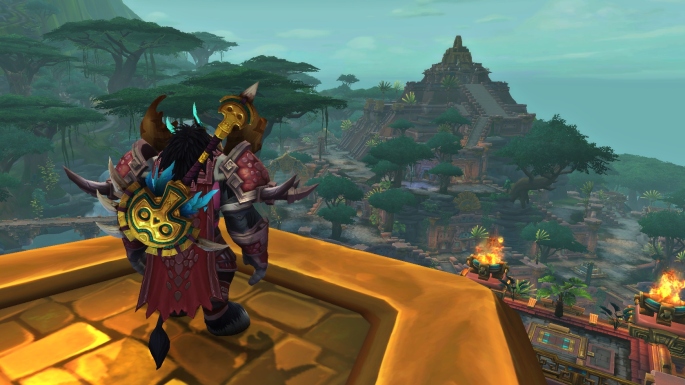 We leveled pretty fast in the start when we were two, but it was much harder when I was alone. There weren’t always other people on the quests, so I had to kill many mobs alone which took a while. As the crazy Moonfire spam and Starfall loving moonkin I am, I did of course try to pull a ton of mobs and AOE them down, which didn’t always work out because the mobs hit hard. I didn’t die while leveling, but came really close and had to flee a few times to save myself. 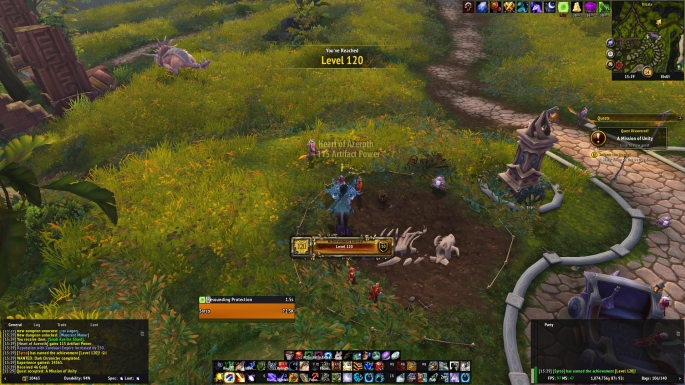 It might not sound very fun to rush through the quests, but it was fun because even though I didn’t stop to read all the quests and dialogue, I still remembered most from the beta and skimmed through them quick so I knew who, where and why. There were also many new cinematics which were pretty awesome and made the storyline so much more exciting. 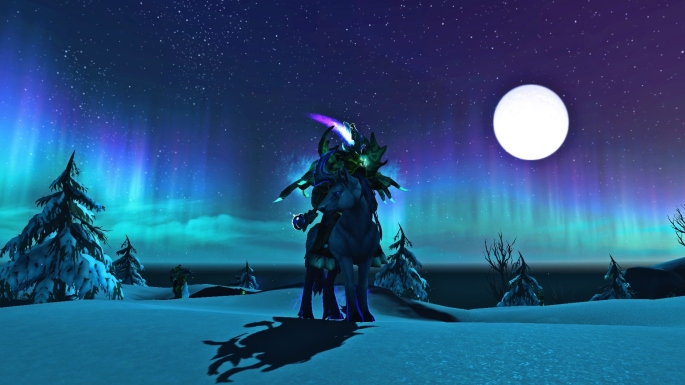 I would like to level an Alliance character next because the Kul Tiras zones look amazing and I haven’t leveled through them on Alliance side yet, just a few quests on the Horde side and world quests, but I want to know the Alliance story. I will of course have to slow down and read all the quests then, which I always do the first (or sometimes second time) because I like to know what’s going on and why.

How was your leveling experience in Battle For Azeroth and which zone has been your favorite so far? 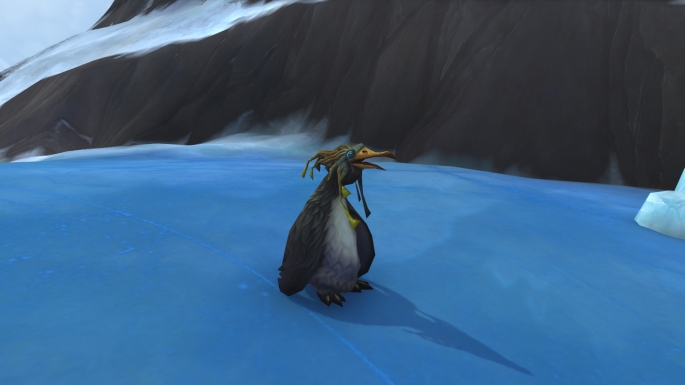 I was exploring Tiragarde Sound when I came across the Pengling Sledding Champion on a mountain near Bridgeport and Kennings Lodge. He lets you ride on his back and race down the glacier from a speeding yeti. I couldn’t find a video of it, so I made one.

It is part of the world quest Slippery Slopes on level 120 if the limited info on Wowhead is correct. This reminds me so much of the penguin race in Super Mario 64 which I played a lot back in 1997, I just wish this race was longer cause it’s so fun but too short. 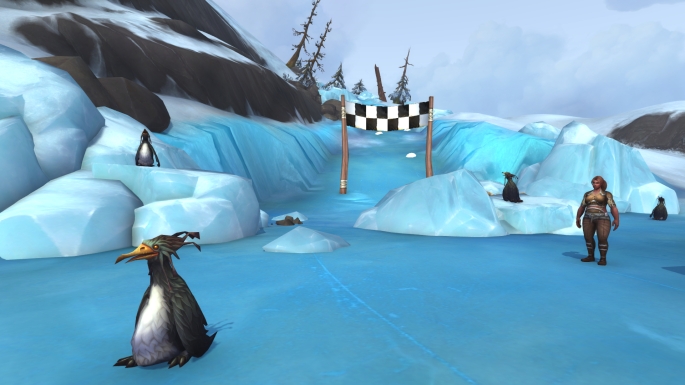 I also discovered this goat with a paintbrush in his mouth. His canvas is still blank, so he hasn’t painted anything yet. I tried sitting on the stool next to him, hoping he would paint me, but sadly nothing happened. 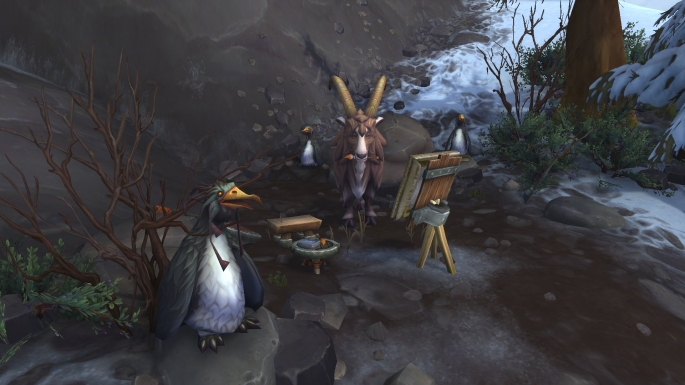 Have you discovered anything fun in Battle for Azeroth?