I finally got my hands on Glyph of the Flapping Owl on the beta! This video was uploaded to YouTube a few weeks ago and I sent the uploader a message to ask where I could get the glyph and I got the name of a player who could craft the glyph. I sent an in-game mail to the player and got a glyph in return the next day. Thank you!

I’ve been wanting to try out this glyph since I first heard about it. The ability “fly” in moonkin form, either as a slowfall or fly a short distance (more of a leap), is something I’ve been wanting for years now so I can’t wait for it to go live in Warlords of Draenor! 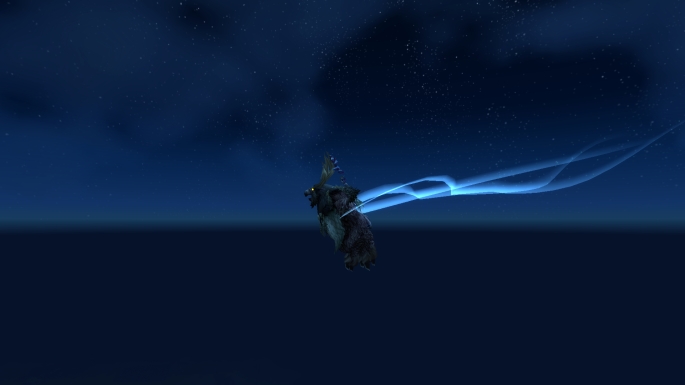 It’s a minor glyph which teaches you the ability Flap. “You flap your wings, slowing your falling speed”. It’s channeled, and you can press it over and over again as it’s about to run out and you can flap around forever. It even works on the ground and it looks like you’re flying.

This glyph is exclusive with Glyph of the Stars, so you can’t use both of them at the same time. You need inscription and at least 600 skill to learn the glyph through Research: Warbinder’s Ink but a scribe who discovered the recipe can sell it to other scribes who can learn to craft it with 295 skill.

A must have for all balance druids, right?