BlizzCon 2015 is over after two awesome days. I watched the live stream which was very good except for some panels which they didn’t show there, so I had to read about it later on Twitter and different WoW fan sites. The Legion panels were very exciting and they announced many changes and updates to druids like Moonkin Form update, info about the artifact weapons, class halls and other druid changes. Druids have a lot to look forward to in Legion.

The biggest news for me was the moonkin model update. If you’ve read some of my older posts about moonkin then you know how long I’ve been waiting for this update. I sent a question to Tom Chilton at last year’s BlizzCon where I asked about when we would get an update to the moonkin model and his answer was:

We have given a lot of love to druids over time with their different forms, so the moonkin will have to wait a little bit longer

Then, in September this year, Lore wrote the following on the US forums:

They indicated that it wouldn’t be a major update, it would still look like the old moonkin form.

Yesterday at the World of Warcraft: Legion – World and Content Overview panel they showed us this picture of the old and the new moonkin form. Julian Morris, lead game designer, said the new model is faithful to the old original but with a ton of character detail and  really expressive. 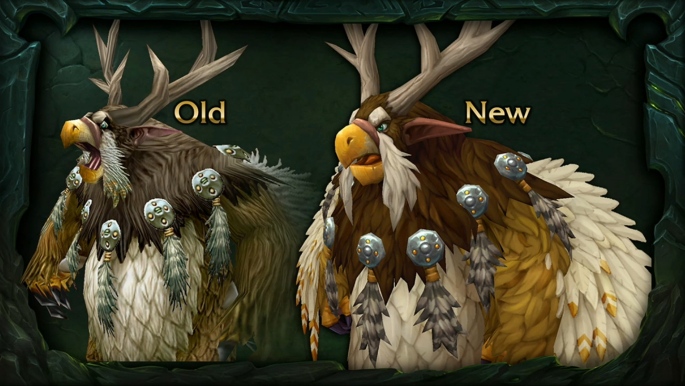 I’m very happy with what we’ve seen so far because I like the moonkin form, it’s the reason I wanted to start playing a druid when I first leveled one back in The Burning Crusade. All I wanted was an update like the ones bear and cat form got in Cataclysm and it looks like that’s what we’re getting now.

There are a few things I really hope and expect them to add. I want the moonkin form to have unique features for each race, like different looking horns or antlers, maybe fangs on the troll moonkin, different colors and shades, maybe some other features inspired by races and similar to what the cat and bear models got. I also want the colors of the feathers to change depending on which hair or skin color you choose. Like for example if you as a troll choose a white hair color, then your moonkin model will have white and maybe light grey feathers. So basically just like how the cat and bear models work.

AdriaCraft shared these videos of the new moonkin model animations

Another form that’s getting a much needed update is the sea lion aquatic form. It will pretty much the same but updated.

Blizzard wrote a post about the druid artifact weapons and we learned much more about them at BlizzCon today, notes from MMO-Champion.

You have become one of the greatest Druids in Azeroth, deserving of a weapon not only with power—but with a name. 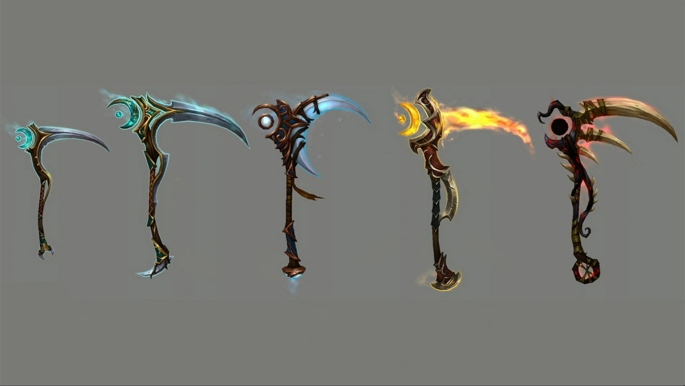 The balance weapon is called Scythe of Elune and the story tells us:

This mystical artifact was created millennia ago from the Staff of Elune and a fang from the wolf demigod Goldrinn. The Scythe of Elune carries a long and unsettling history for druids: those who are not careful enough can easily be overwhelmed by Goldrinn’s spirit, which infuses the scythe. Tied to the origin of the worgen on Azeroth, the scythe is said to possess untold lunar power for the druid with balance enough to keep control.

I think it’s great that each artifact weapon has a story and unique quests, so I’m looking forward to learning more about my weapon and it’s story.

You can read about the restoration, guardian and feral artifact weapons here.

Class halls: The Dreamgrove – a home for druids

There won’t be any garrisons in Legion, but we’ll have class halls which are an area for your class. 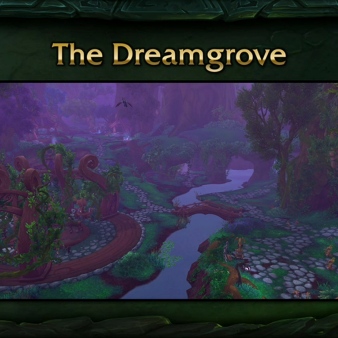 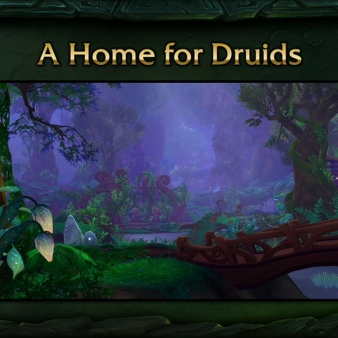 This panel wasn’t part of the Virtual Ticket, so thanks to Wowhead and Restokin for summarizing the most important points, you can read more on their websites.

I expected to see some changes to the balance spec and I was hoping they would do something about the Eclipse bar because I’ve not been a fan of the changes they did in Warlords of Draenor which is why I have barely played my druid this expansion. I just didn’t like the way the Eclipse just went back and forth all by itself and how I had to constantly stare at that bar to know which spells to use. So these changes made me very happy. We’ll get more info about every class here in a few days.

You can read more about the druid changes in Legion on these sites:

Which of these news are you most excited about?