I never thought I would do this on my warlock, Lysithea, because it’s not exactly one of my most played character. To be honest I haven’t played it since I leveled it up to 90 months ago. But when I read that you will be awarded a title and a Feat of Strength achievement I thought that I might want to get that for my warlock in case I want to play it more in Warlords of Draenor.

So I decided to get it done and bought the Sealed Tome of the Lost Legion on the auction house. The only problem was my warlocks horrible gear. I don’t remember the exact item level right but it might have been around 470 as I had the blue crafted PvP set and some other pieces of blue gear I found on the auction house. I didn’t have a lot of time to run LFR to gear up so I spent some gold and bought some pieces of gear at the auction house along with the best gems and enchants which increased my item level to 495 which should be good enough to complete the quests, the scenario and defeat the boss.

The quest chain was very interesting so I’m glad I decided to do it. The scenario was a bit challenging because I didn’t remember how to play a warlock and I didn’t read up on how to do the scenario before I went in. But I got some help from my boyfriend who had already had completed it on his warlock. 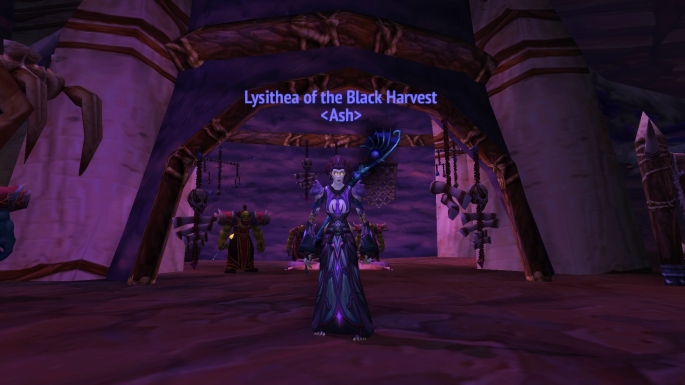 Have you completed it on your warlock?