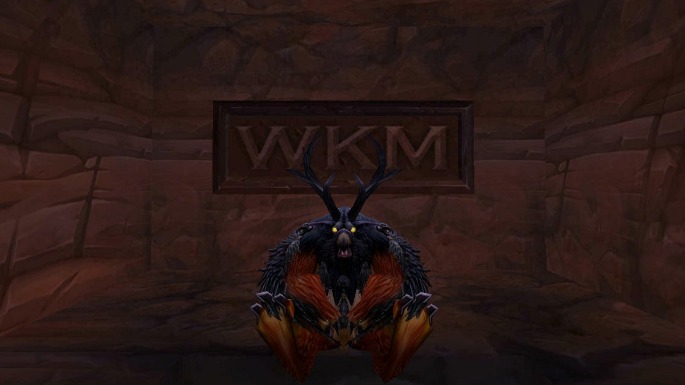 And I who thought secrets and hidden places in Orgrimmar were gone after Cataclysm.. Clearly not, cause there is a hidden room inside a rocky pillar. Who would have known?

I first read about this on Warcraft Less Traveled where Skolnick wrote that this may be one of the most difficult to reach in all of Azeroth, so I checked out the video about how to get in, but it was too hard or at least it didn’t work for me, but I found a different one which worked on first try.

So there I was, in the hidden room with the letters WKM carved into the wall, but none knows what they mean. Is it a memorial for a person who passed away, maybe the initials of the designer who made it or something else they thought it would be fun to add?

There is a small article about it on Wowwiki about a player who asked a GM about it, but he didn’t know either.

2 thoughts on “World of Warcraft Secrets: Hidden room in Orgrimmar”